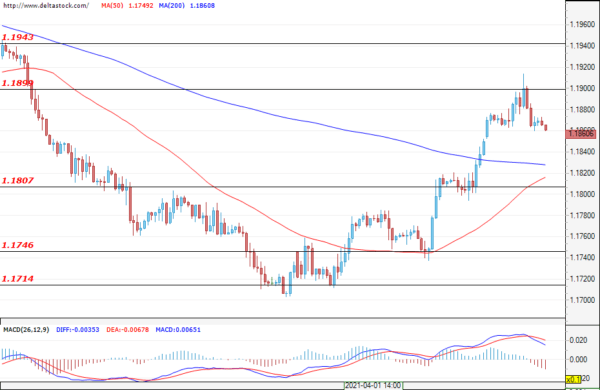 After it reached the resistance zone at 1.1900, the market is now entering a pullback phase. Potential bearish attacks should remain limited to the first major support between the 1.1800-1.1810 levels. A shift in sentiment is noticeable on the higher time frames as well. If the bulls manage to overthrow the resistance at 1.1940, the large retracement that started after the peak at 1.2340 could be considered as completed. In this scenario, a new rally coming from the higher time frames can be expected, with its potential targets being 1.2340, 1.2460 or 1.2560. A rise in volatility can occur around the announcement of the weekly jobless claims data for the U.S. at 12:30 GMT and later in the day at 16:00 GMT when FOMC chairman Jerome Powell will give a speech.

The U.S. dollar is experiencing difficulties against most major currencies. After the sell-off, the market found support above the 109.54 zone. The daily resistance is 109.88, and the major one is found at 110.39. The range that is developing at the time of writing this analysis is characteristic of an indecisive market and investor repositioning. It’s possible that the bulls will try to form a rally once again. However, it’s expected that their attempt will be unsuccessful and that the bears could enter aggressively by taking advantage of better market entry opportunities. If the support at 109.54 is breached, the next target for the sellers would be the zone between 108.85 and 108.44. 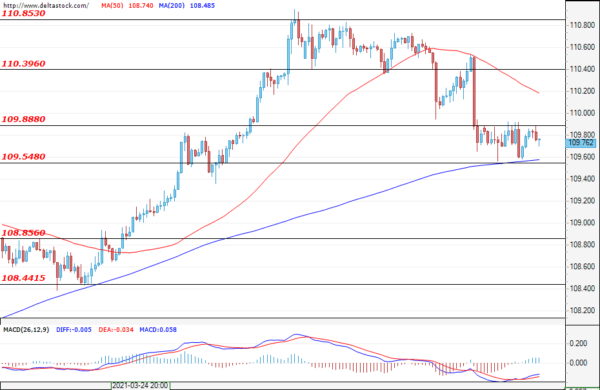 The bears have entered the market around the resistance at 1.3910, which is coming from the higher time frames. The downturn, although aggressive in nature, did not go smoothly and deep bullish pullbacks were observed. Fundamentals haven’t as of yet changed significantly to support the sell-off. As long as the support zone between 1.3680 and 1.3710 remains intact, the sentiment will remain positive. The market is trying to form a bottom around the current levels and it’s possible that the bulls may renew the rally and head towards the levels at 1.3830 and at 1.3910.