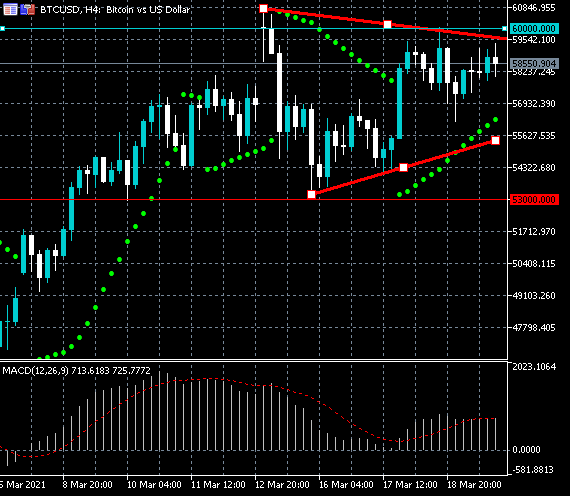 Bitcoin is trapped inside a symmetrical triangle pattern between the $ 59,500 and $ 55,600 levels as the top crypto consolidates towards the top-end of its trading range. Looking at the size of the pattern, a $ 4,000 directional move could take place once a breakout from the triangle occurs. A strong intraday bullish bias is in play while the BTCUSD pair trades above the February monthly high, around $ 58,360.