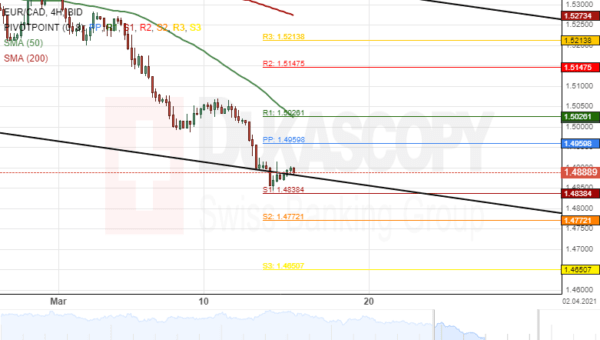 The single European currency has declined by 2.45% against the Canadian Dollar since the beginning of March. The currency pair tested the 1.4900 level during last week’s trading sessions.

Currently, the exchange rate is trading near the lower line of a descending channel pattern and could be set for a breakout.

If the breakout occurs, a decline towards the 1.4800 level could be expected within this week’s trading sessions.

However, if the channel pattern holds, the currency exchange rate could make a brief retracement towards the 1.5100 level during the following trading sessions.