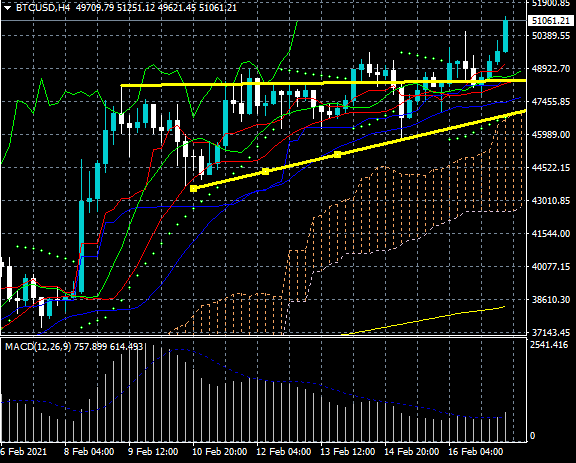 Bitcoin is continuing its recent record-breaking run higher above the $ 50,000 level, with the top crypto now testing above $ 51,000. An ascending triangle pattern, which is typically considered to be a bullish pattern, shows that $ 53,000 is the next major upside target. The MACD indicator on the four-hour time frame is also starting to trend higher after a notable correction.