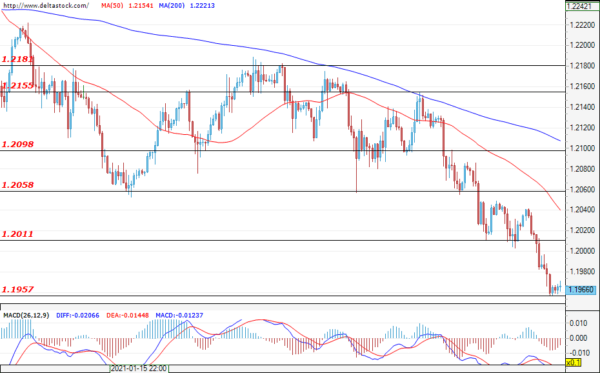 During yesterday’s trading session, the pair had successfully breached the support level at 1.2011 and, at the time of writing this analysis, is trading just above the support at 1.1960. Today’s expectations are for the depreciation of the single European currency against the U.S. dollar to continue towards the next target at 1.1880, where the bulls are expected to re-enter the market. The first important resistance in the upward direction is the level of 1.2011. Today, the most expected and high-impact events in the economic calendar are the U.S. non-farm payroll change and the U.S. unemployment rate, both due at 13:30 GMT.

The U.S. dollar continues to gain ground against the Japanese yen and reached the level of 105.62 during the early hours of today’s trading session. In case the bulls remain in control and the currency pair is able to successfully appreciate above 105.62, then the next target would be the resistance at 106.10. However, before the U.S. dollar continues to appreciate against the Japanese yen we may witness a corrective move first, which should be limited by the support zone at 105.15. 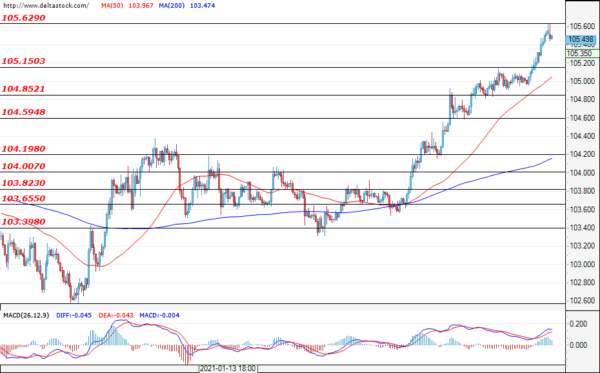 During the last trading session, the currency pair has managed to breach the support level at 1.3633, but the bulls entered the market just above the resistance at 1.3540 and we witnessed an upward movement and a test of the level at 1.3688. If this resistance does not hold, the pair should head towards the next resistance at 1.3740. A breach of this level would be a sign that the long-term uptrend will continue and it is possible for the sterling to reach up to 1.3850 against the dollar. In the negative direction, the first important support is found at 1.3542. 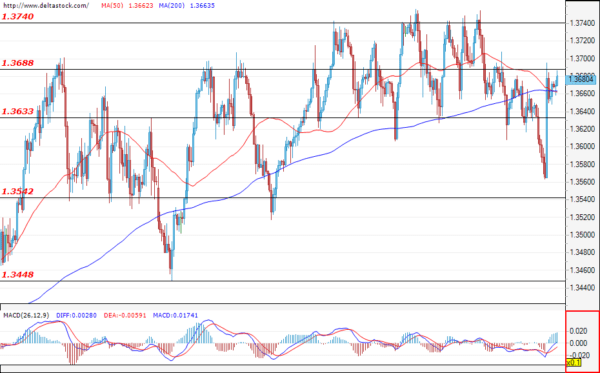