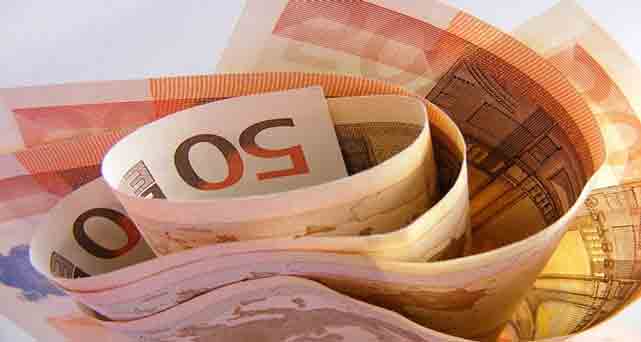 The Pound Euro (GBP/EUR) exchange rate is edging higher today amid weakness in the Euro. The currency pair’s fall is likely to due record-low unemployment in the Eurozone, and a less hawkish than expected stance from European Central Bank (ECB) President Christine Lagarde.

At time of writing the GBP/EUR exchange rate is at around €1.644, which is up around 0.3% from this morning’s opening figures.

The Euro (EUR) is falling against its peers today. Investors are likely reacting to less hawkish than hoped comments from ECB President Christine Lagarde. Mixed unemployment figures may be limiting any major losses for the single currency however.

In a speech on Wednesday, Lagarde confirmed that it was highly likely the ECB would be raising rates at its next interest rate meeting. Lagarde’s comments only confirmed the already expected 0.25% hike however, a move that disappointed investors and has likely prompted EUR selling today.

The Euro may also be seeing pressure after figures today indicated unemployment in the Eurozone falling to a new record low. Unemployment fell to 6.6% in May, its lowest point since records began in 1998. The figures may ease expectations of a tight labour market and reduce bets on aggressive rate hikes from the ECB.

On the other hand, unemployment in Germany rose in June to 5.3% which may counteract the reduced bets. The increase was largely driven by the influx of Ukrainian refugees.

A recovery to German retail sales in May could also prevent major losses for EUR today. Despite high inflation limiting consumer demand, non-food sales increased by 2.9%.

The Pound (GBP) is ticking higher today despite poor data releases this morning. The currency’s short-term strength could be due to market pricing in of the data. Expectations of more cautious action from the Bank of England (BoE) may be weighing on the Pound, however.

Speaking in Portugal on Wednesday, BoE Governor Andrew Bailey signalled that signs of an economic slowdown in the UK may limit the need for the central bank to ‘act forcefully’. Bailey went on to say that the UK would likely suffer more under the impact of high inflation than other countries.

Additionally, the BoE’s newest policymaker Swati Dhingra added to Bailey’s dovish tone in a separate speech. Dhingra signalled that there was room for a ‘gradual approach’ from the central bank amid signs of a slowdown. The comments from both Bailey and Dhinga are likely to keep pressure on the currency and limit bets on future rate hikes from the BoE.

Tensions between the UK and EU may also denting confidence in Sterling today. In a speech today, EU negotiator Maros Sefcovic added his voice to criticism of the UK’s recent legislative efforts to undermine the Northern Ireland Protocol. Sefcovic stated that the UK’s approach was ‘extremely disappointing’.

Looking ahead for Sterling, PMI figures for the UK’s manufacturing sector are forecast to dip slightly on Friday. The figures could pull the currency lower if they contribute to the already pessimistic outlook for the country’s economy.

Any further developments in the UK’s attempts to alter the Northern Ireland Protocol could also limit gains for GBP.

For the Euro, a predicted downturn to German and Eurozone manufacturing growth on Friday could prompt a fall in the single currency if figures print as forecast.

On the other hand, Eurozone inflation is forecast to remain high in June when figures print on Friday. If this is this is the case then it could bolster EUR off the back of ECB rate hike bets.

A further speech from ECB President Christine Lagarde later today could also provide some impetus for movement in EUR. If Lagarde maintains her cautious stance then it could push the single currency lower.

International Money Transfer? Ask our resident FX expert a money transfer question or try John’s new, free, no-obligation personal service! ,where he helps every step of the way, ensuring you get the best exchange rates on your currency requirements.