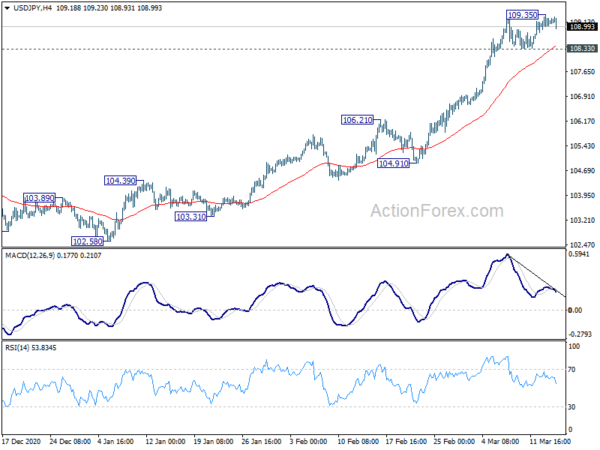 Intraday bias in USD/JPY is turned neutral with today’s retreat. Some consolidations could be seen but further rally is expected as long as 108.33 minor support holds. On the upside, break of 109.35 will resume the rally from 102.58 to long term channel resistance at 110.02 next. Decisive break there will carry larger implications. However, on the downside, break of 108.33 will indicate short term topping. Intraday bias will be turned to the downside for correction. 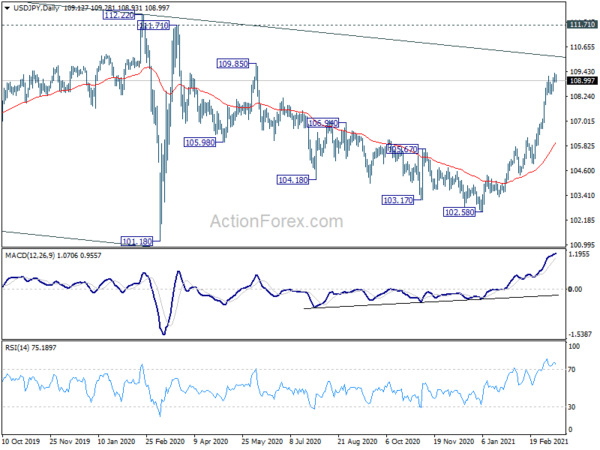